(ORLANDO, Florida) – We all know we should eat well and exercise to stay healthy, but a new national survey by Orlando Health finds an alarming number of men are skipping a simple yet critical step in a healthy lifestyle: an annual checkup with their doctor. The survey found a third of men don’t think they need annual health screenings and two-thirds believe they are naturally healthier than others in general.

“It is statistically impossible for the majority of men to be healthier than the majority of men,” said Thomas Kelley, MD, family medicine specialist with Orlando Health Physician Associates. “Even if you think you’re healthy and you’re not experiencing any symptoms, there can be developing issues that often go unnoticed and can also be life-threatening if left unchecked. Some of those include rising blood pressure that can be a ticking time bomb for a heart attack or stroke, as well as colon cancer, which is one of the most deadly yet preventable cancers that exist.”

As a primary care physician, Dr. Kelley has heard every excuse for men skipping their appointments for years at a time, but he says the underlying reason for avoiding the doctor’s office is often fear.

“If you’re a man and you haven’t been to the doctor in a while, you don’t really know what to expect,” Kelley said. “One of the big things that makes it less scary is having that great relationship with a primary care physician, and most men find the process to be easier than they thought. It takes about half an hour and by the end of the appointment you have the big picture about where you stand, what you’re at risk for and what you need to do for your health in the future.”

The survey also found that, rather than speaking with their doctor, 38 percent of men often get medical advice from social media, which can be extremely problematic if they are not referencing reputable medical sources. Nearly two in five men also admit that they put their pet’s health above their own, something that is not surprising to Dr. Kelley.

“Men tend to put their health last after their family, and apparently even after their dog or their cat,” he said. “But in order to take care of others in your life, you first have to take care of yourself, and that includes making that yearly appointment with your primary care doctor.” 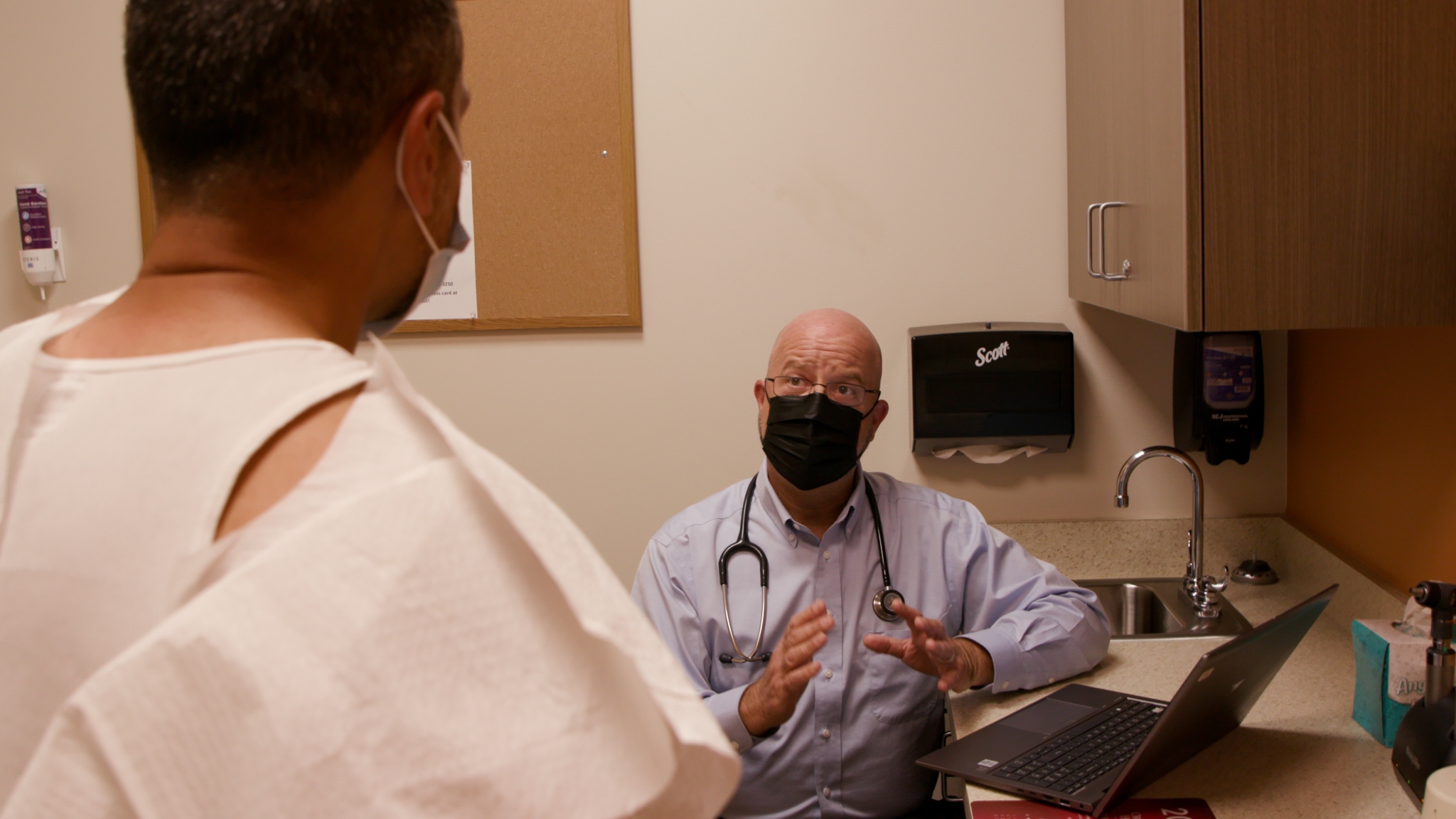 As a primary care physician, Thomas Kelley, MD, has heard a lot of excuses about why men skip their checkups. A new national survey by Orlando Health finds a third of men don’t think they need annual screenings, but Kelley says they are critical to identifying developing health issues. 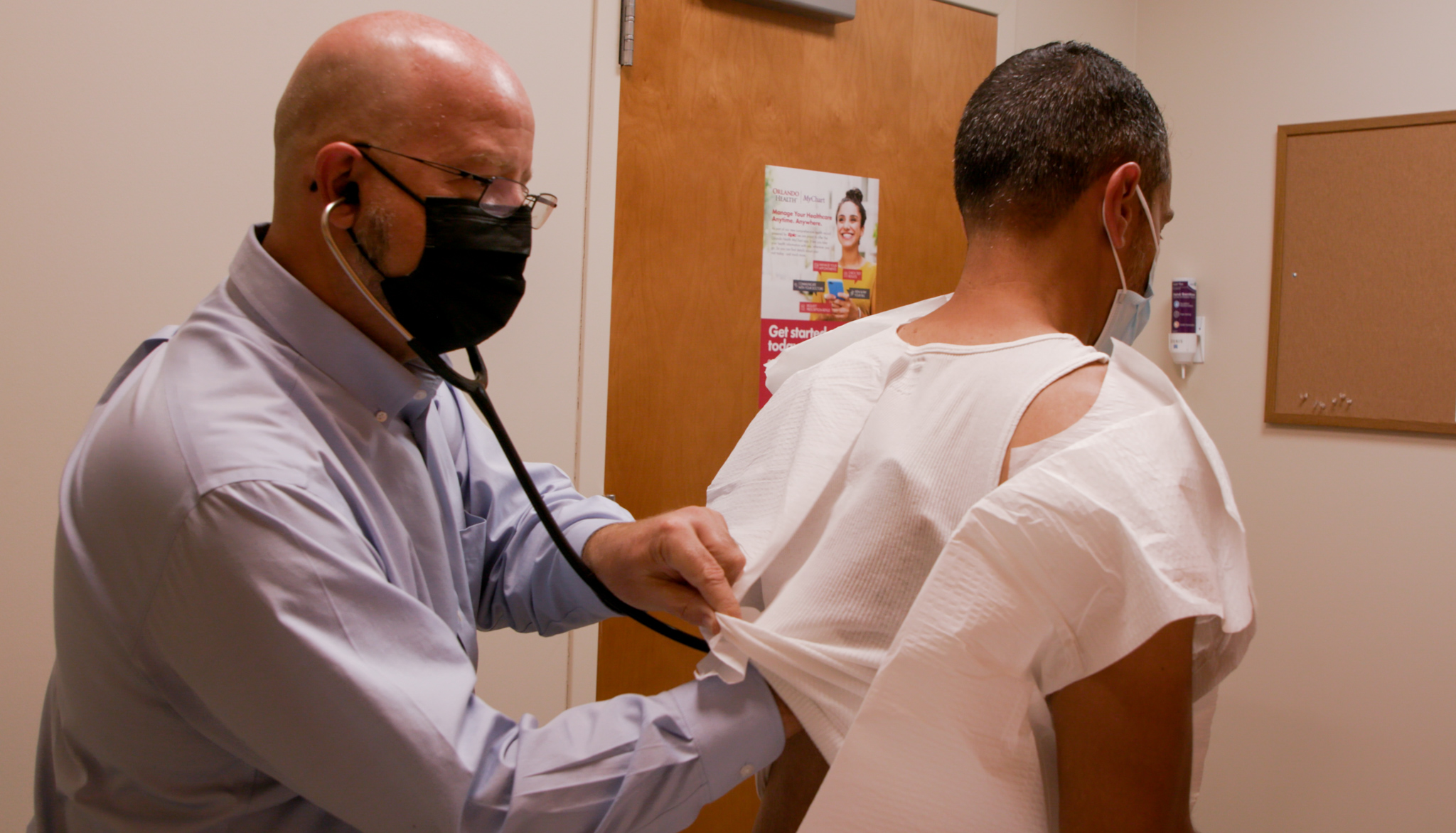 Thomas Kelley, MD, examines a patient at Orlando Health. While annual checkups are critical in catching early warning signs of things like heart disease, depression and cancer, a new national survey finds a third of men don’t think they need them. 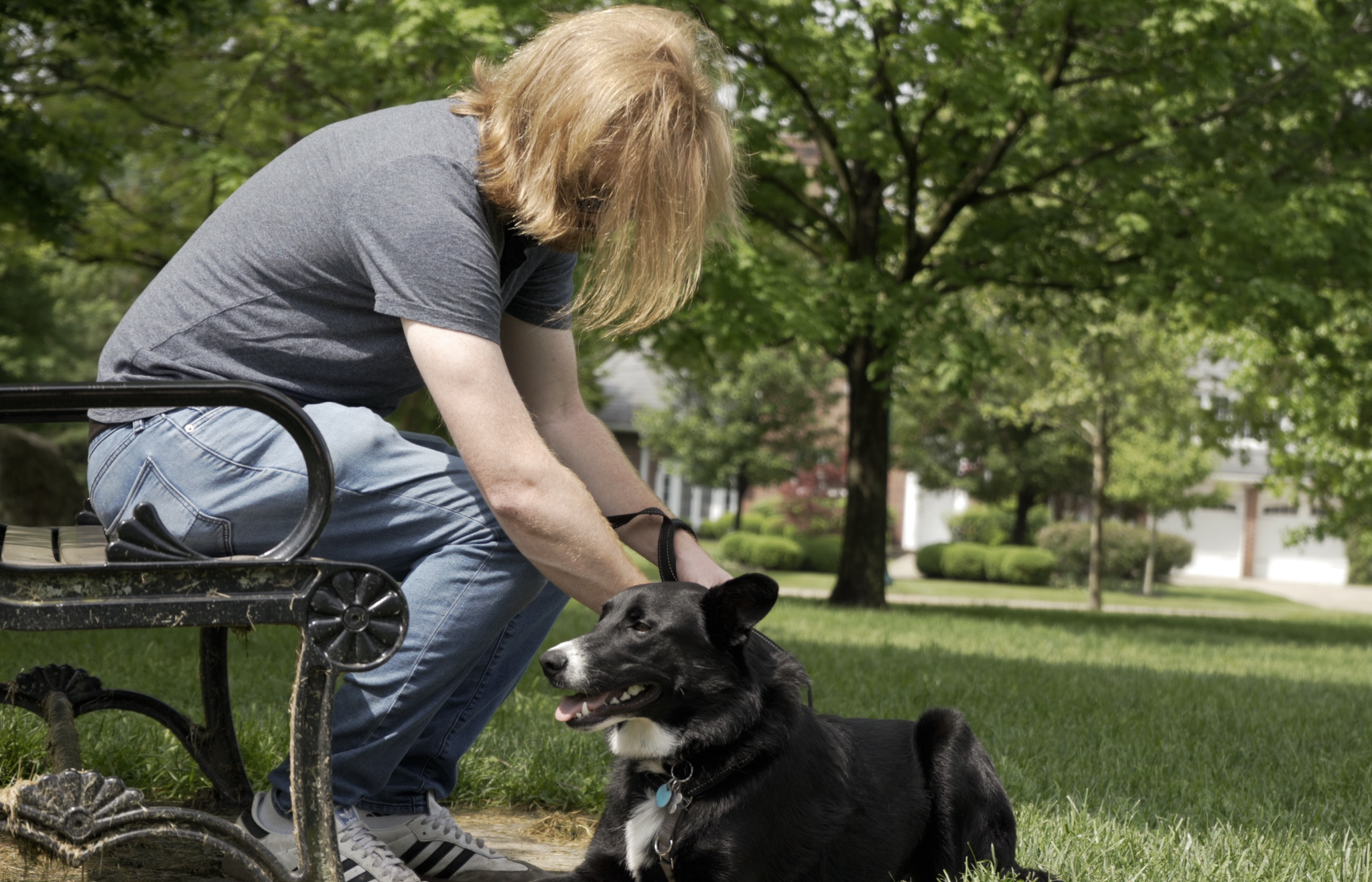 A new national survey by Orlando Health finds nearly two in five men tend to focus on their pet’s health more than their own. Doctors stress that in order to take care of those you care about, you must first take care of yourself, and that includes an annual checkup with your primary care physician. 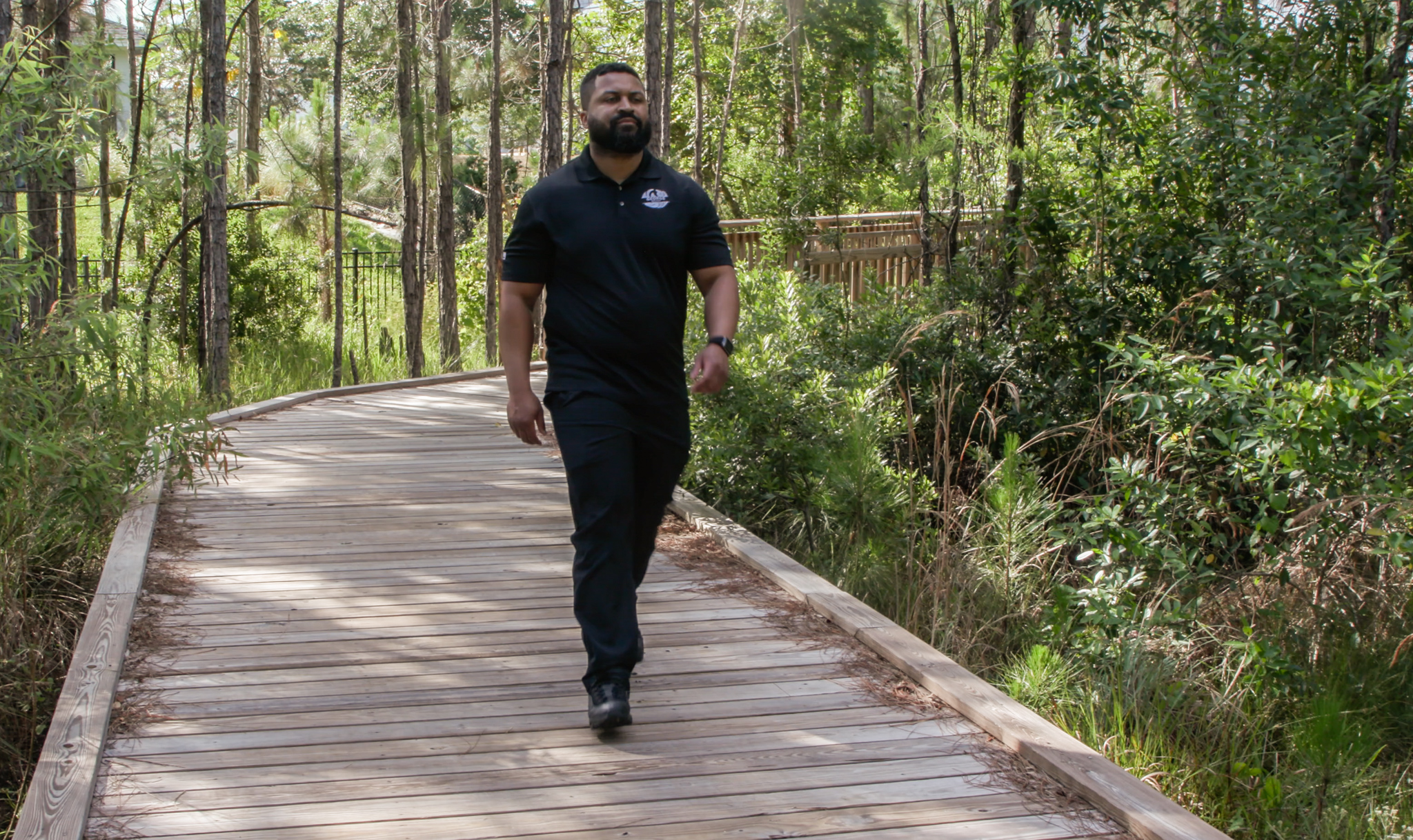 Dexter Grant finally made an appointment with his primary care doctor after 15 years without a checkup. Like many men, he assumed he was healthy. In fact, a new national survey finds two-thirds of men believe they are naturally healthier than others. 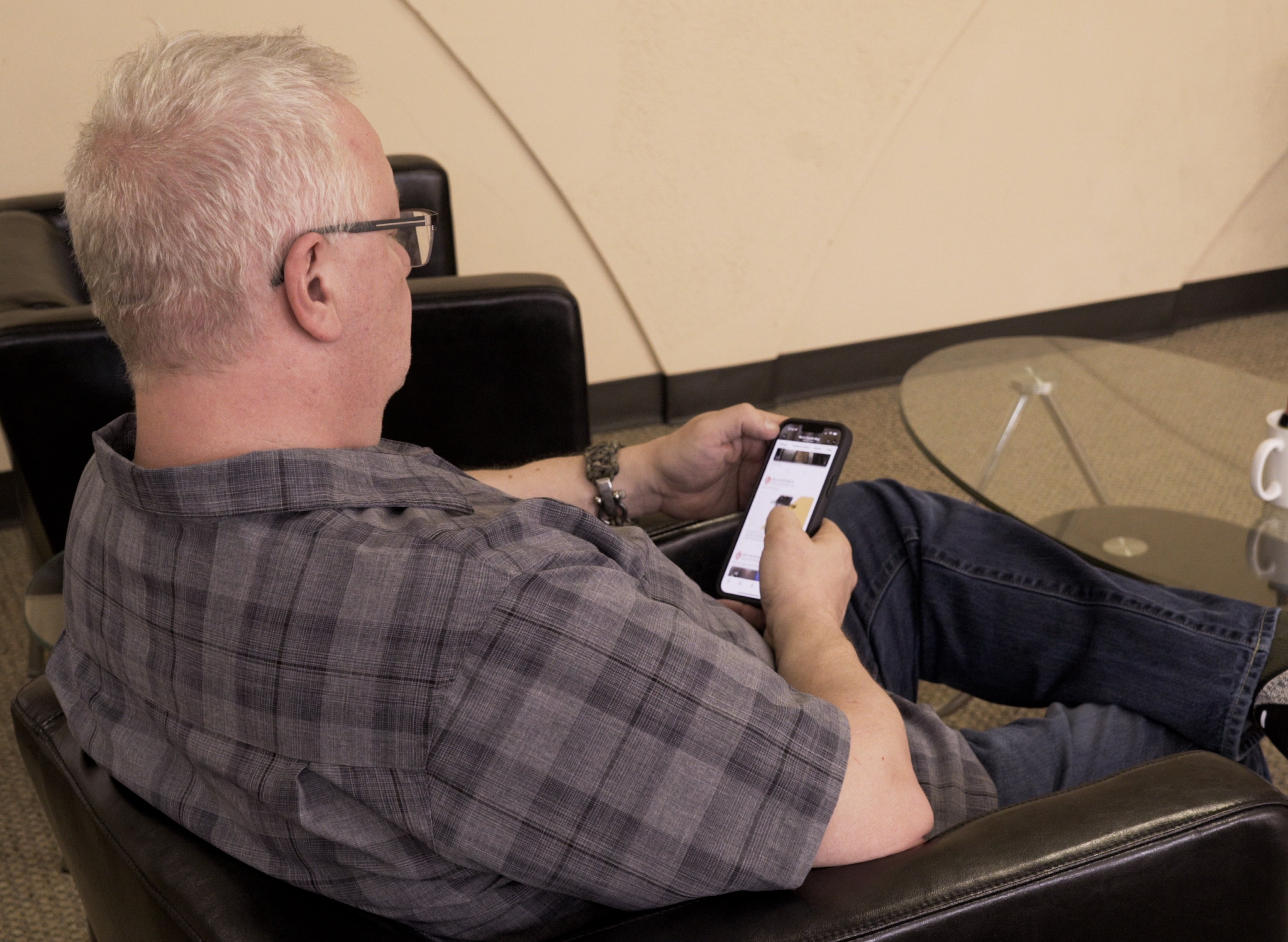