(ORLANDO, Florida) – Doctors at the Orlando Health Cancer Institute are performing a new treatment for late-stage cancer that uses a patient’s own tumor cells as a way to fight their cancer. The treatment, called TIL therapy, helps patients battle melanoma, one of the most aggressive types of cancer that quickly spreads throughout the body. The treatment can offer a chance at survival for patients who have run out of options in fighting the deadly cancer.

“We resect a patient’s tumor, isolate the T Cells, expand it, proliferate it, give it additional medications to turn it on and make it more active, and it’s brought back to us as three or four bags of white fluid,” said Sajeve Thomas, MD, an oncologist and hematologist at the Orlando Health Cancer Institute. “We’re taking the T cells from a tumor and expanding them into a clone army. The number of cells we can produce is anywhere from a billion to 150 billion.”

Unlike other lengthy treatments, TIL therapy is administered in a single hospital admission. Doctors use that army of T cells to fight the tumor itself, and results can be drastic, shrinking tumors in a matter of weeks with no further treatments. In a clinical trial, tumors shrank or remained stable in four out of five patients, with significant results often evident within 90 days of treatment.

“When patients respond well to the treatment, you can see those tumors melt down on the first CAT scan,” Thomas said. “And their responses can continue to regress over time. With one patient, I remember walking in and looking at a tumor in her lung and by her kidney and saw them shrink by more than 50 percent. In her most current scans, tumors are nonexistent. That’s exciting. We’re helping patients in their fight to try and beat back cancer.”

Researchers are working to expand TIL therapy for use in fighting other types of cancer, with trials ongoing in patients with lung, cervical and head and neck cancers. With continued development, they’re hoping it will soon be a first-line course of treatment for those with late-stage cancers. 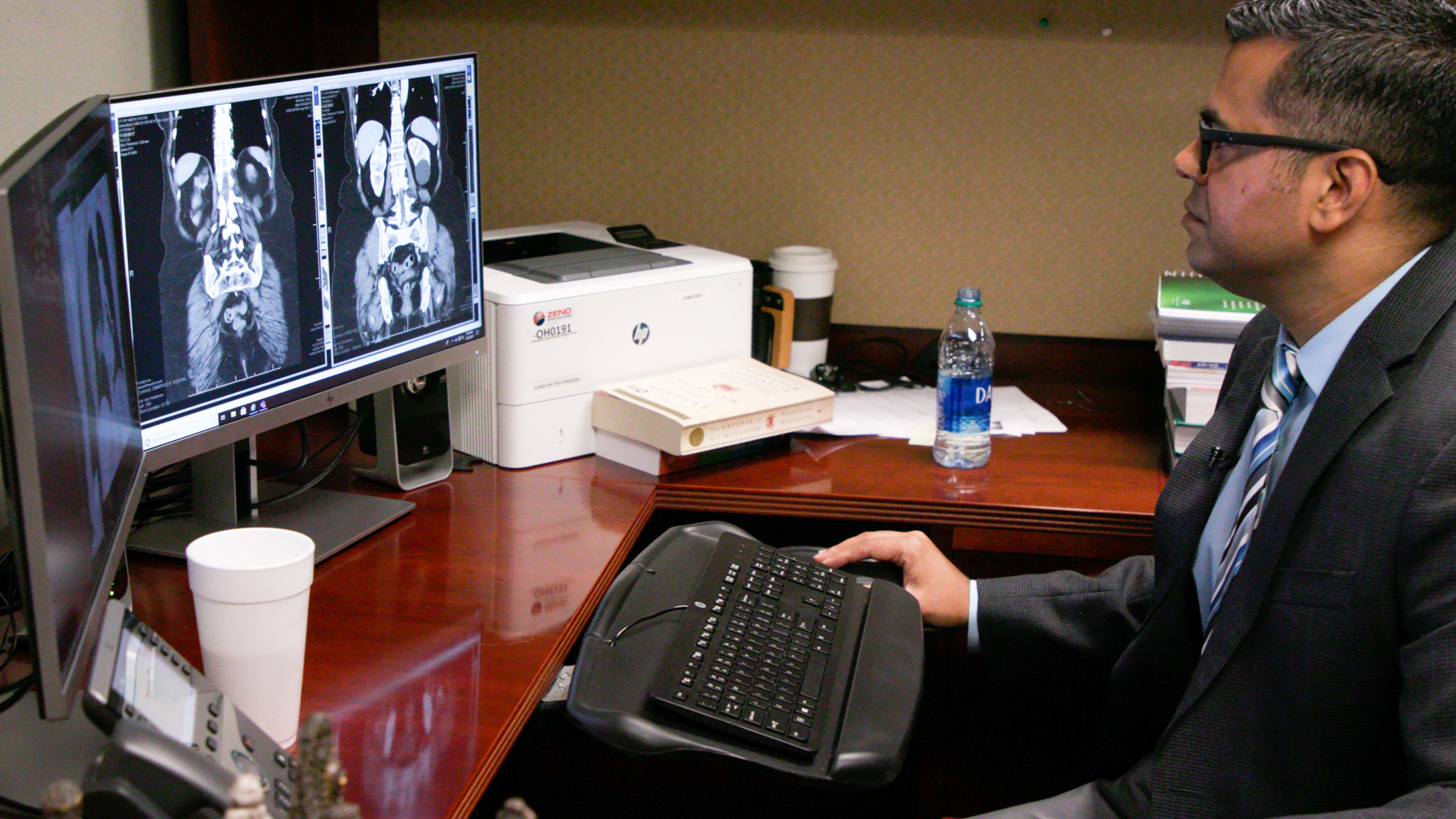 Sajeve Thomas, MD, an oncologist and hematologist at the Orlando Health Cancer Institute, reviews scans that show patients’ improvement after TIL therapy, a new treatment that helps patients battle melanoma, one of the most aggressive types of cancer. 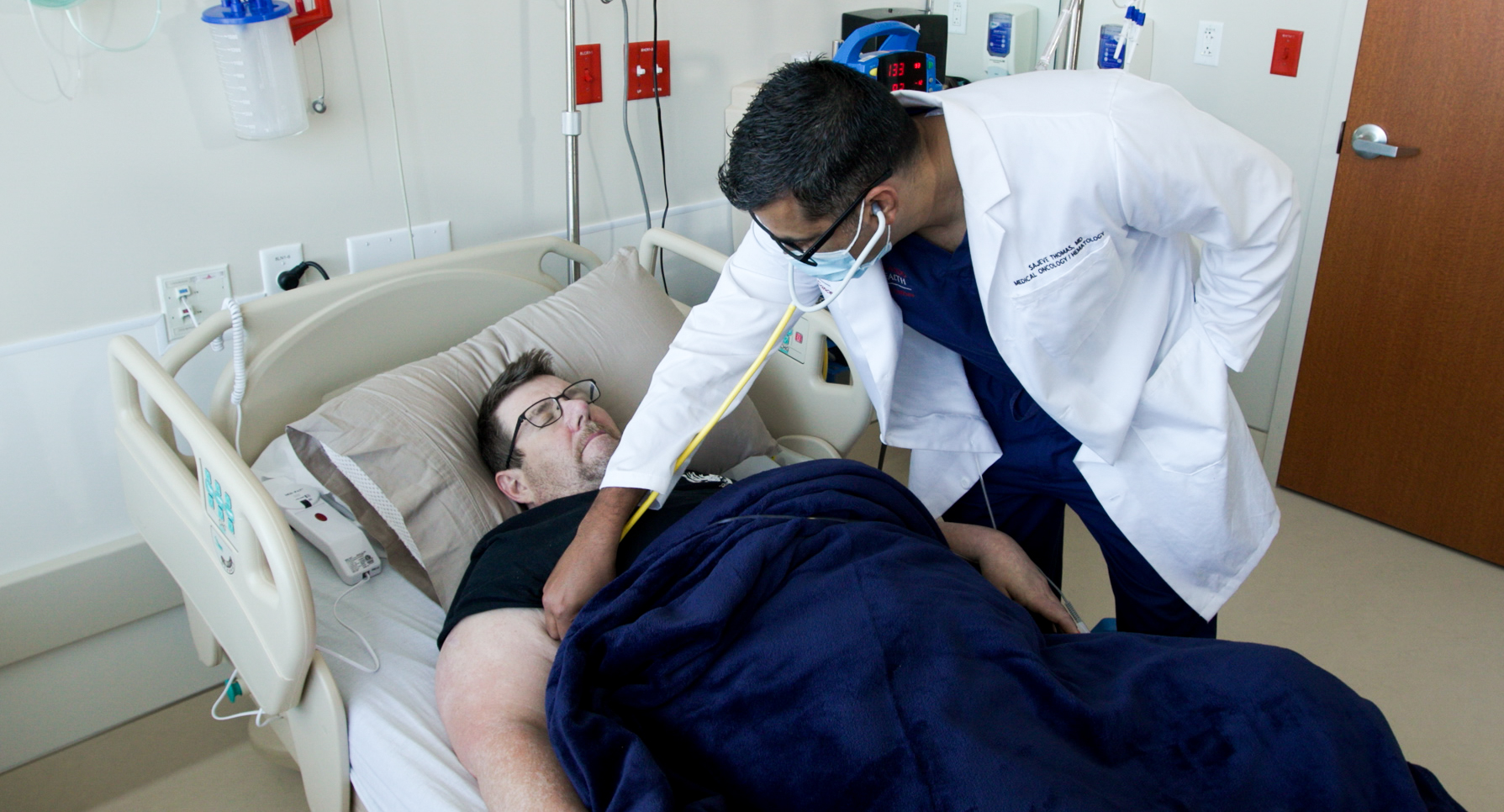 A patient at Orlando Health Cancer Institute visits Sajeve Thomas, MD, for a TIL therapy infusion. Thomas leads the institute’s research into the new treatment that uses T cells from a patient’s own tumor to fight their cancer. 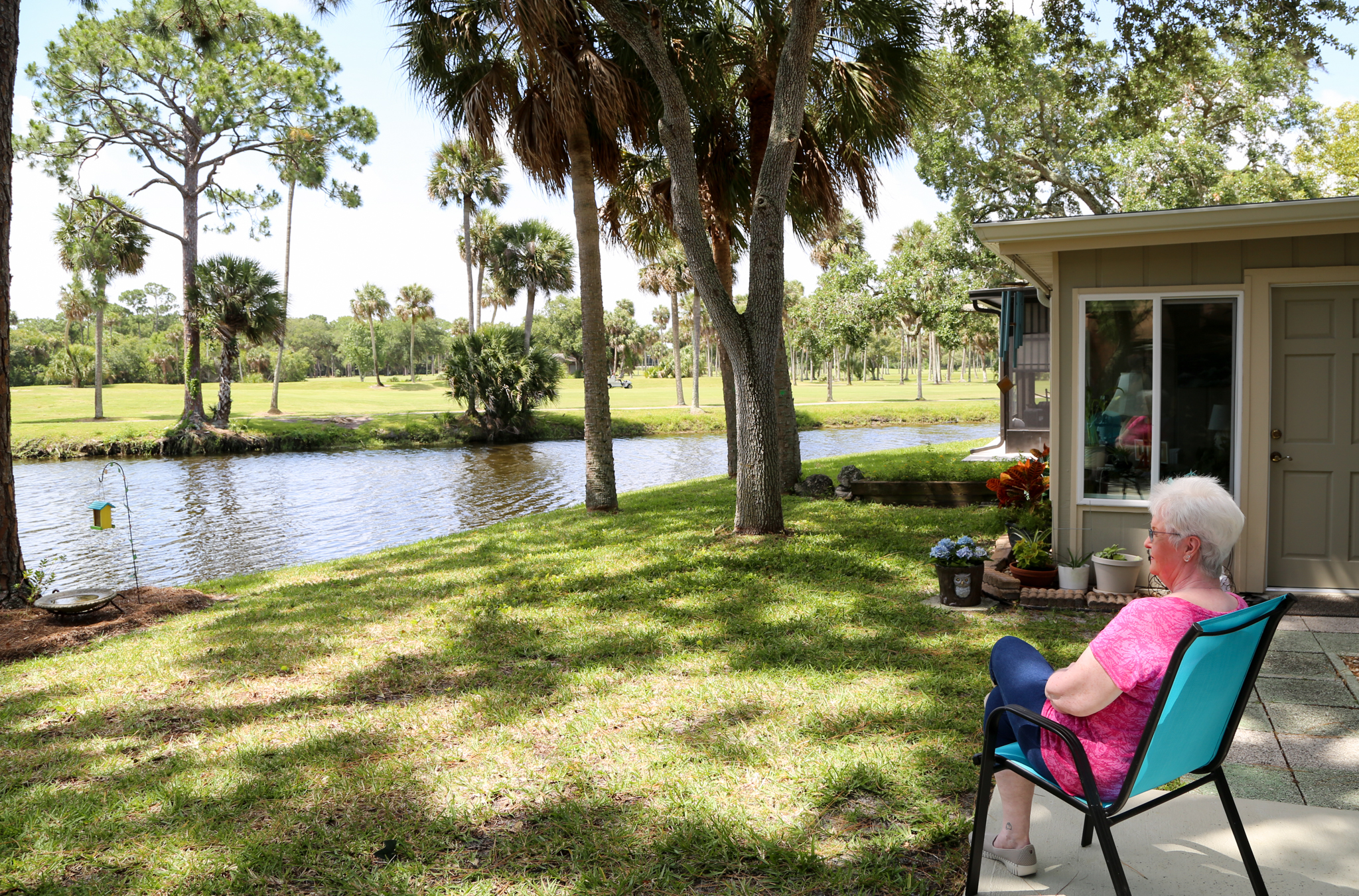 Toni English enjoys the back porch of her Rockledge home four years after undergoing an experimental TIL therapy treatment for advanced melanoma. The treatment at Orlando Health Cancer Institute was able to eliminate English’s tumors, saving her life. 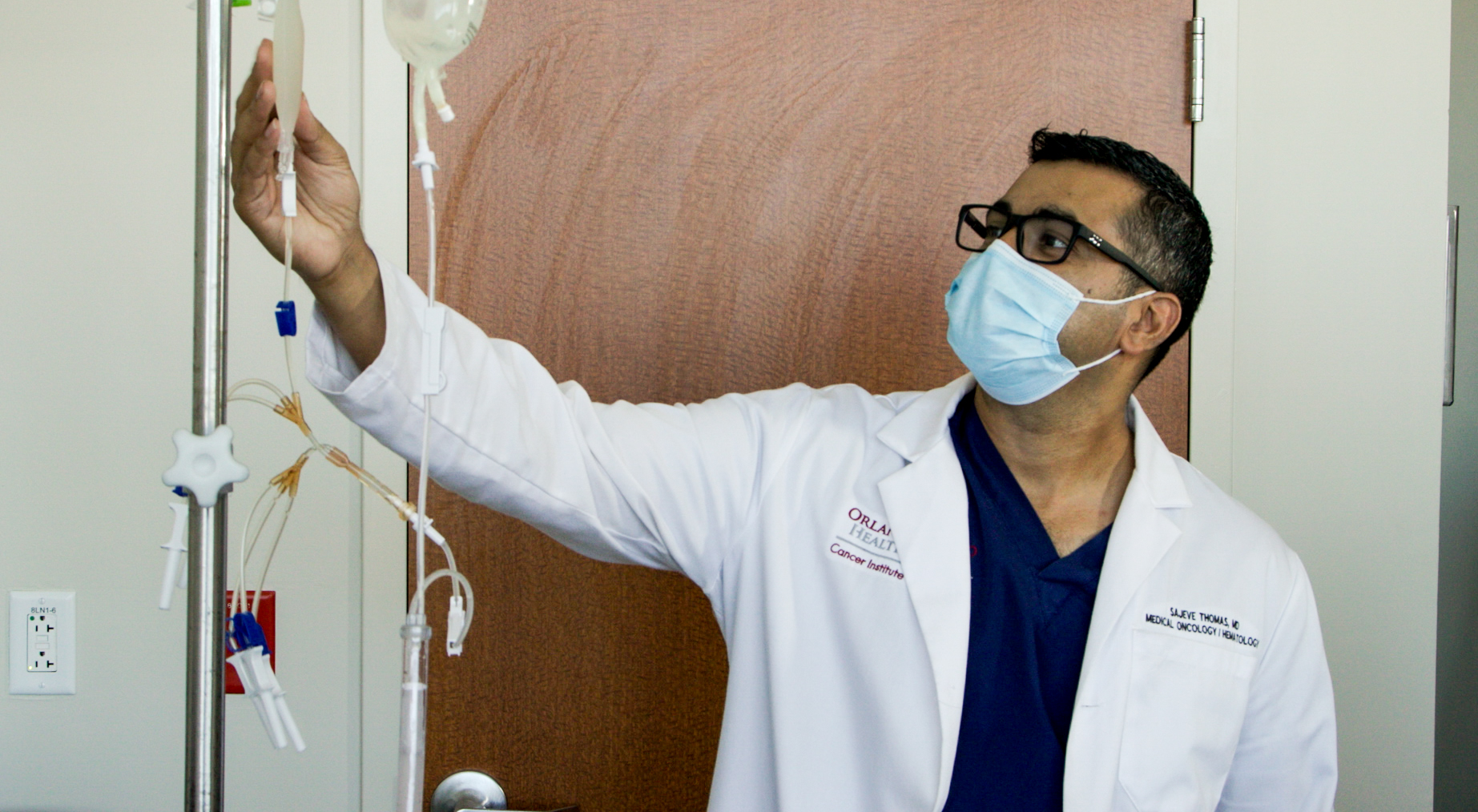 Sajeve Thomas, MD, an oncologist and hematologist at the Orlando Health Cancer Institute, leads the center’s research into TIL therapy, a new treatment for late-stage melanoma that has shown significant results in shrinking tumors, often within 90 days of treatment. 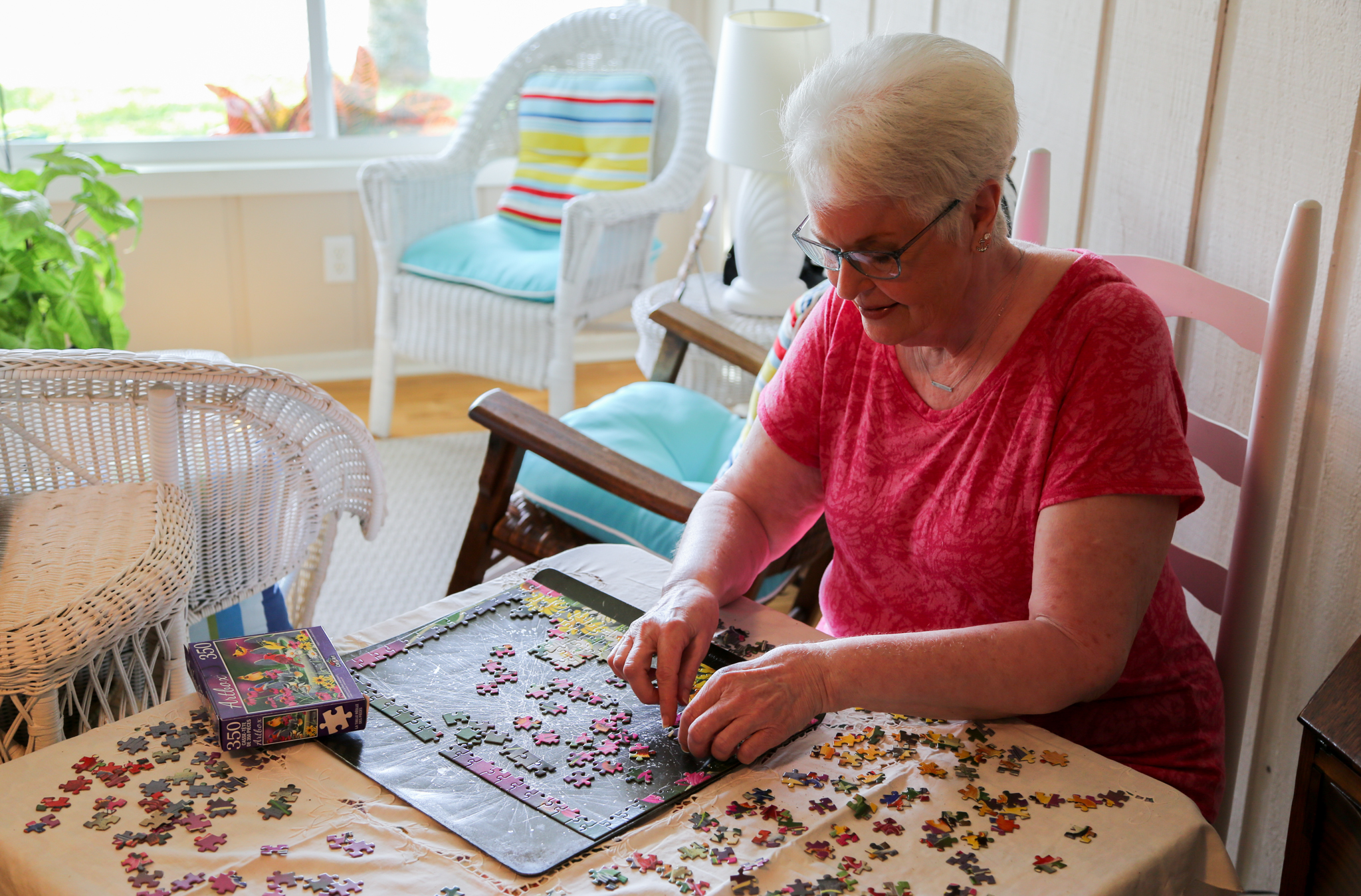 Toni English works on a puzzle in her Rockledge home. English has been cancer-free for four years after an experimental TIL therapy treatment at Orlando Health Cancer Institute was able to eliminate her tumors caused by melanoma.