(ORLANDO, Florida) – There have been more and more cases confirming that repeated hits to the head have lifelong consequences for professional football players. Now, in a new study by Orlando Health, researchers reveal that lasting evidence of brain injuries is present at an alarmingly young age. The study, which was completed in collaboration with the Concussion Neuroimaging Consortium, tested the blood of college football players for biomarkers that indicate traumatic brain injuries. They found that players not only had higher levels of these markers than those who didn’t play football, but that the biomarkers were elevated before the season even started.

“It was quite shocking to learn that the biomarkers were high before they were even involved in one hit or tackle for the season. This suggests that the effects of past head injuries are persisting over time,” said Linda Papa, MD, lead author of the study and emergency medicine physician at Orlando Health. “We also performed cognitive tests before and after the season with each player and found that those who had trouble with memory and balance had higher levels of these biomarkers.”

Some players with elevated biomarker levels had never been diagnosed with a concussion, suggesting there are milder brain injuries that aren’t diagnosed clinically, but can still cause damage. These injuries are also known as subconcussive injuries. “A number of football players may have subtle problems with memory and balance or mild symptoms such as fatigue or irritability, but they’re not diagnosed with a concussion,” said Papa. “These biomarkers may one day help us validate these symptoms and recognize that these athletes have, in fact, suffered injuries, and that it’s time to help them.”

MicroRNA’s are cellular RNA fragments that affect gene expression and regulate the production of proteins. In the future, testing for these microRNA biomarkers may potentially help to identify at-risk athletes and monitor them more closely so they get the treatment they need early. 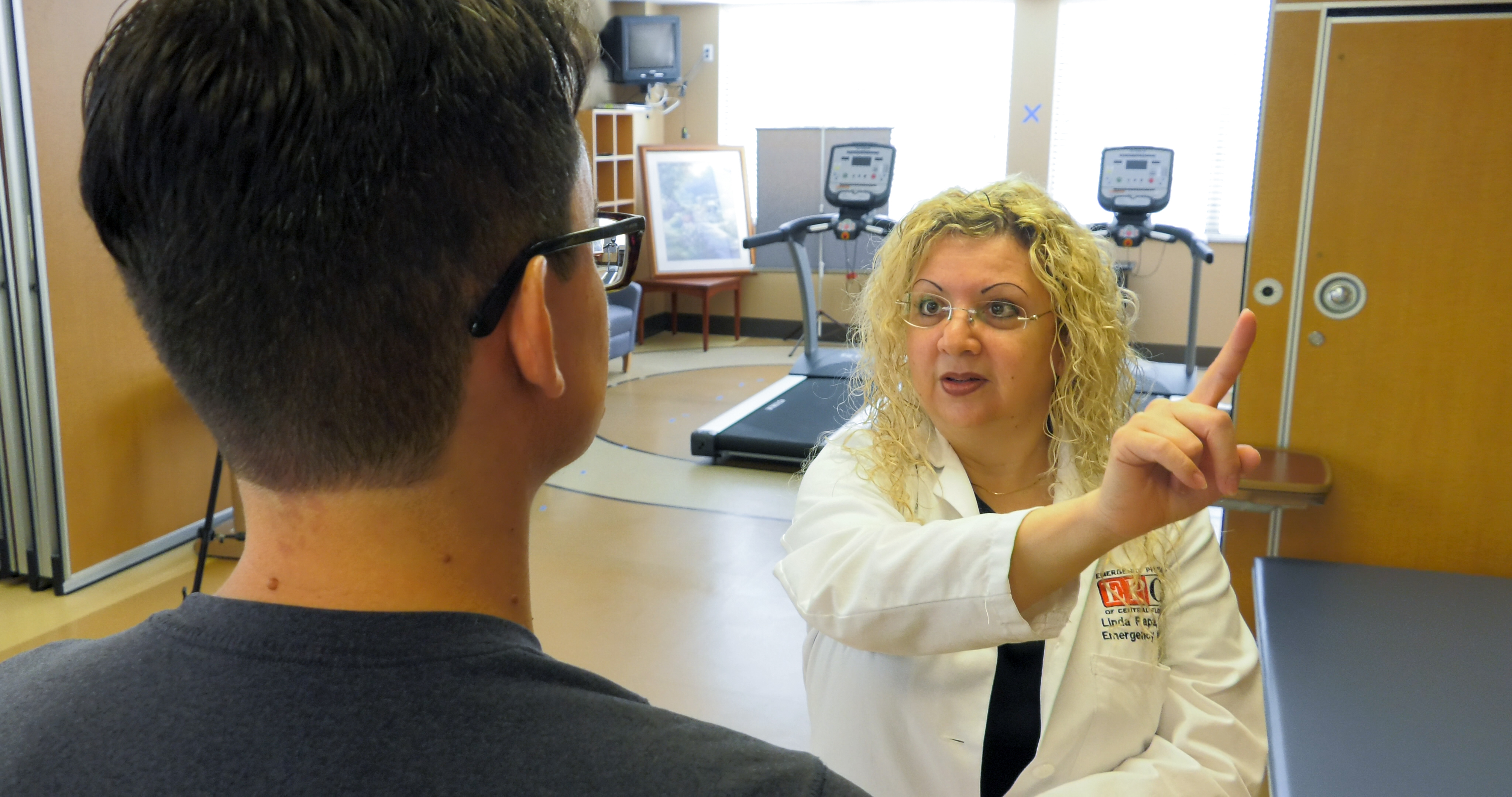 Linda Papa, MD, performs a neurologic exam. She led a study at Orlando Health that found that college football players who had issues with things like memory and balance also had elevated biomarkers in their blood that indicate evidence of brain injuries. 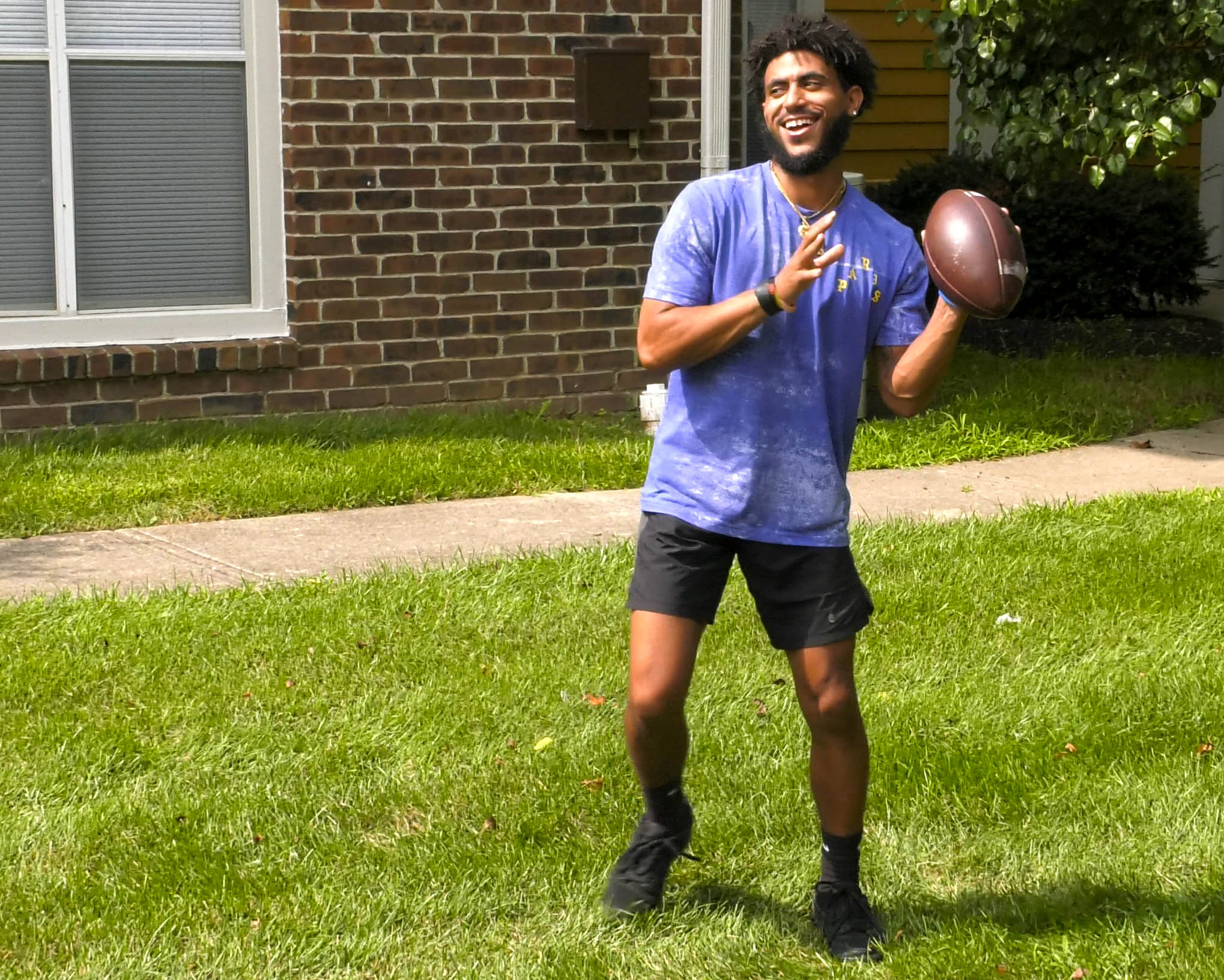 Austen Rankin stopped playing football after his junior year of college. He suffered a concussion during his last season and says he worried about the long-term health consequences of repeated hits to his head. 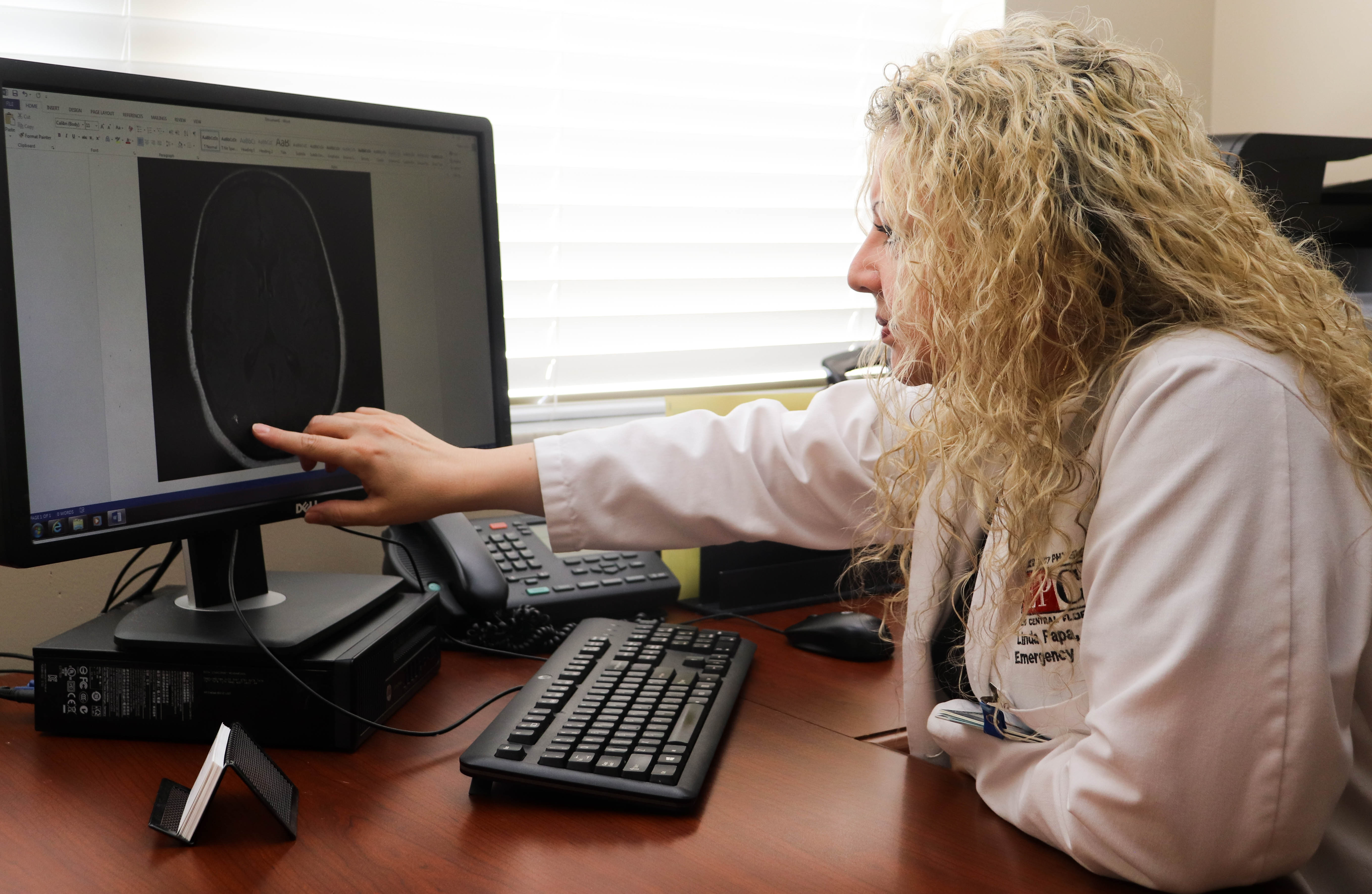 Linda Papa, MD, reviews an MRI image of a brain. She led a new study examining biomarkers in the blood that showed that college football players had long-term evidence of brain injuries. 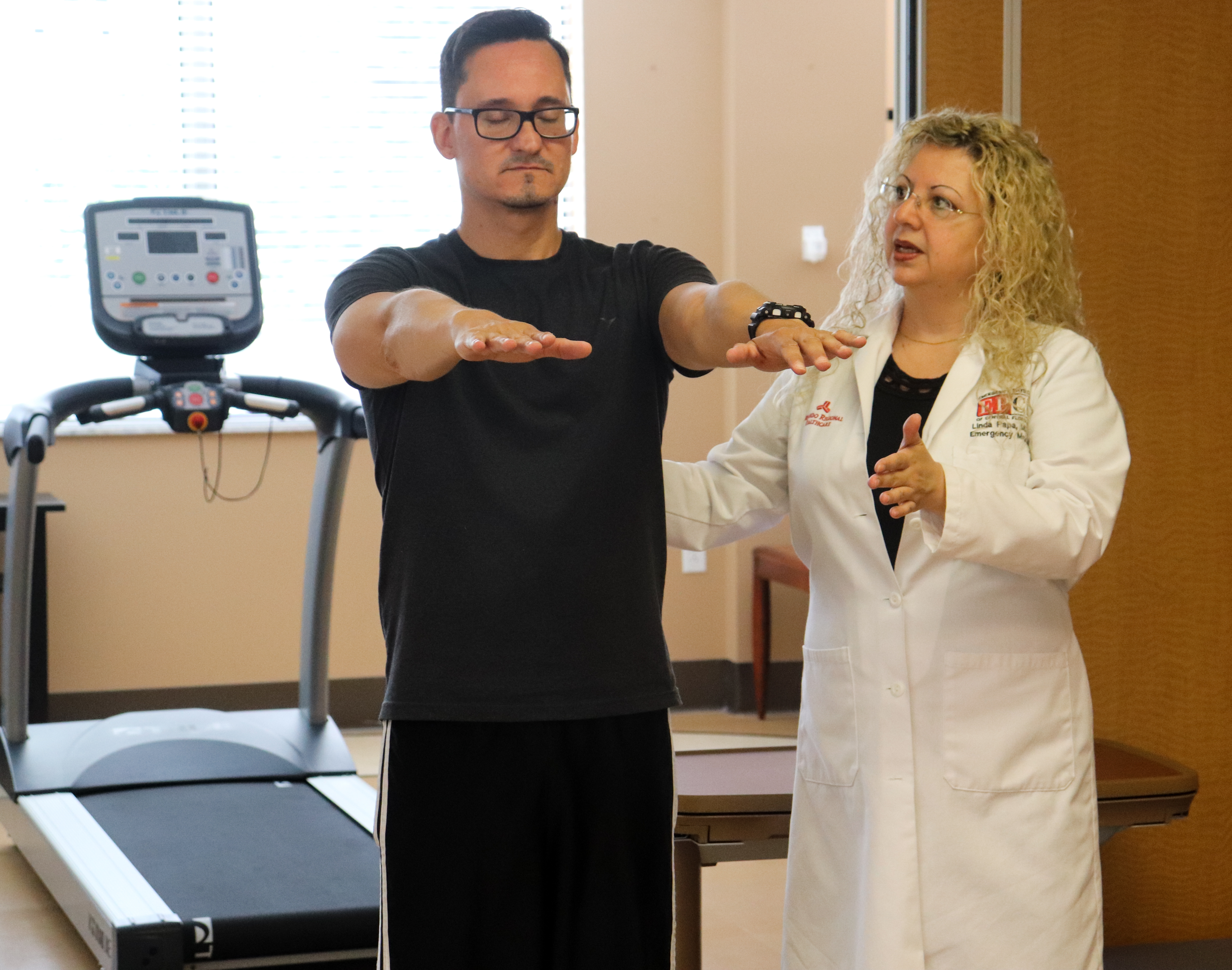 A new study by Orlando Health finds that college football players often have cognitive issues, even if they have never been diagnosed with a concussion. Researchers say blood biomarkers can be used to detect and treat more mild injuries that can still cause changes in brain function. 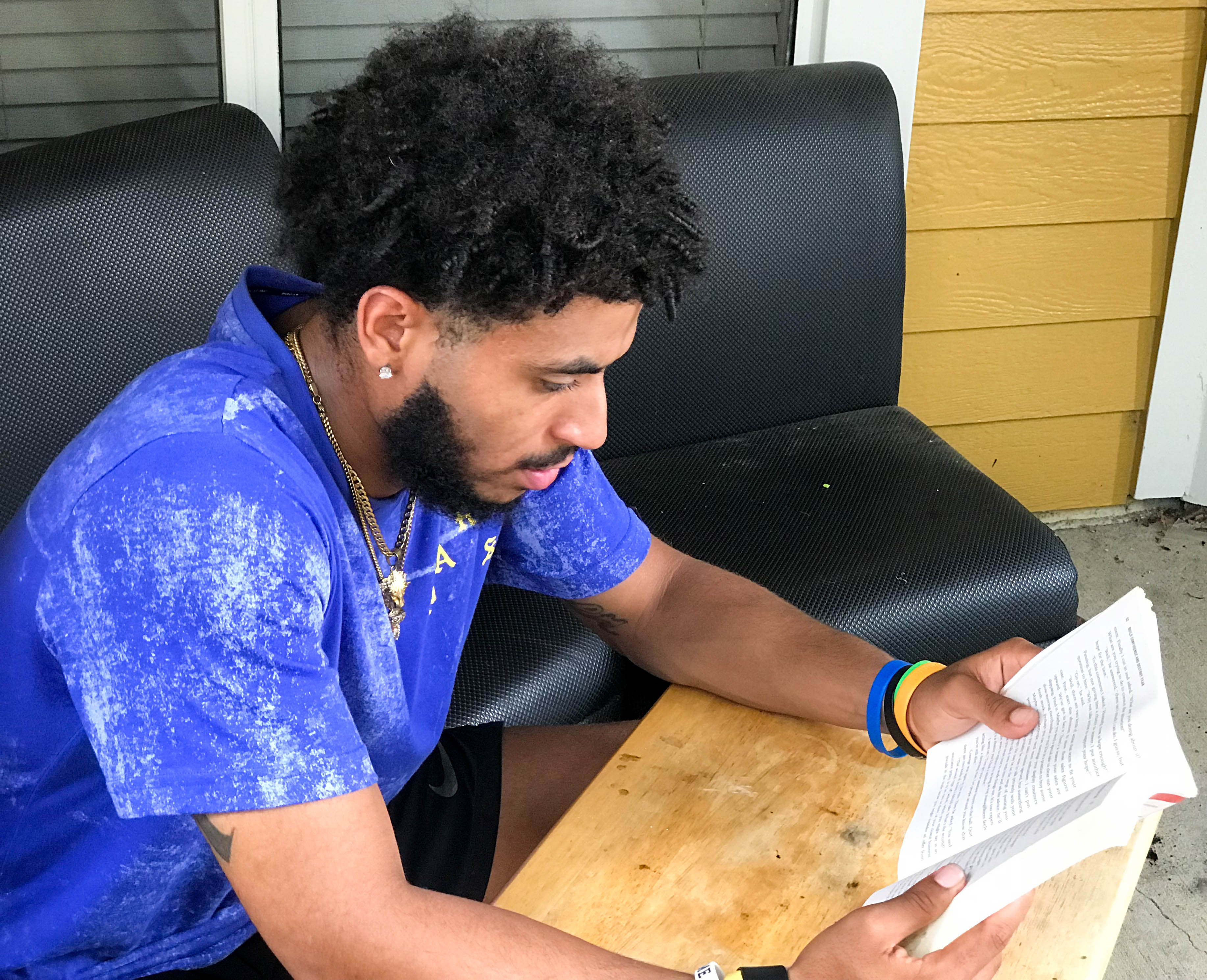 After playing football for 15 years, Austen Rankin called it quits following his junior year of college. He worried that repeated hits to his head could have long-term and irreversible health consequences. 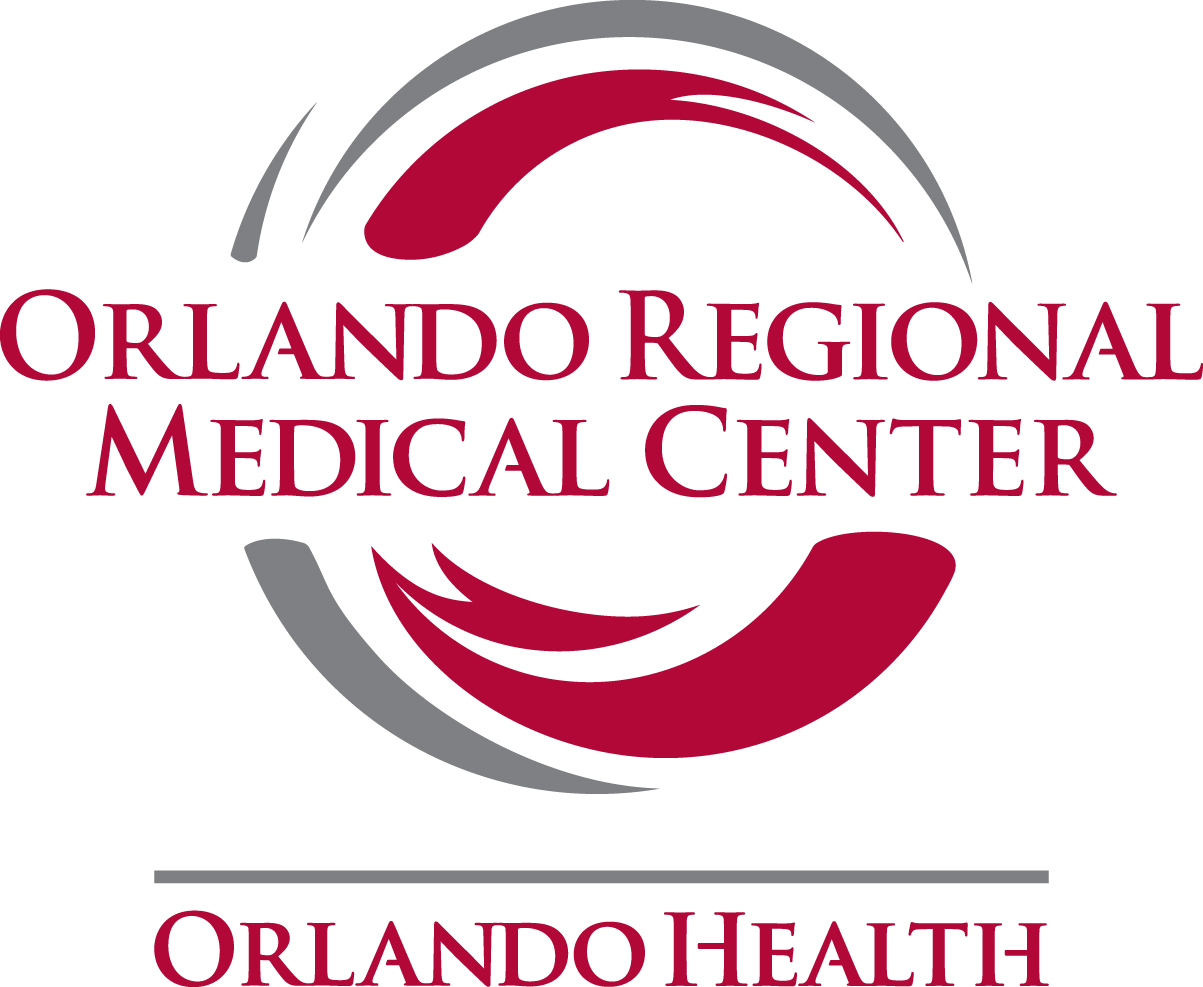